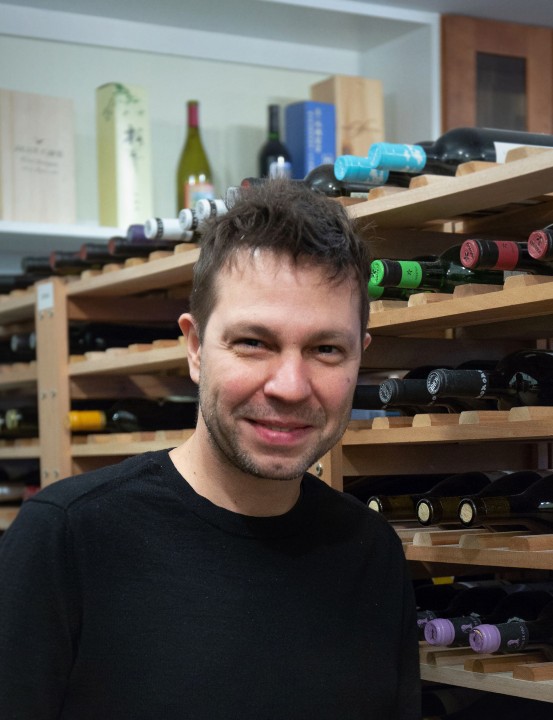 Vinicius Rodrigues was born in the US, and grew up in Brazil. Contrary to what some wine buyers might think, he did not make up his name (which yes, in its prefix, “vini”, one can find the latin word for “derived from wine”). He loves to point out that he was named after one of Brazil’s most famous man-of-letters, Vinicius de Moraes, the diplomat, bohemian, intellectual, and samba-writer, most known for writing with Jobim, “The Girl From Ipanema”.  After skipping college in Brazil to work first as a copywriter, then as a reporter for a large newspaper in Sao Paulo, Vinicius decided that it was time to resume his education (he finally did it, not so long ago, having spent a long time studying Philosophy at The New School) and moved to New York. He worked in a couple of restaurants like any other student, and soon found out that wine was the only interesting part of the job… A copy of the famous Kermit Lynch book, and many inebriated soirees spent at Jonathan Nossiter’s (the writer-filmmaker author of Mondovino) apartment in Soho, converted him to the cause, and now, a couple of importers later, he finds himself a proud soldier in the Bowler ranks. He likes to think he is unprejudiced towards wines, but if pressed he will admit to favor the purity of Piemontese reds and some cru Beaujolais, and the delicacy of the Riesling grown in the Mosel.  Even though his heart has deep roots in Brazil, he does not dance samba (he loves ambient music of the Brian Eno kind), and is a terrible soccer player (tennis being the only sport he regularly practices…)