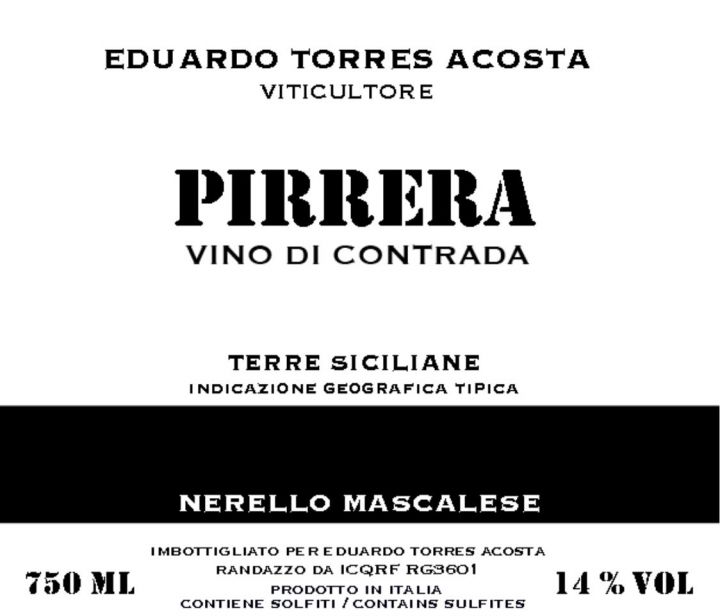 90% Nerello Mascalese/10% other local varieties. Pirrera is a single site at 850 meters on the north side of Mt. Etna; its name is rooted in the particularly rocky nature of the vineyard, stemming from the volcanic stones quarried from a 1614 lava flow. The vineyard had been abandoned decades before Eduardo took on its rehabilitation. The vines average around 50 years in age, are planted alberello-style and are harvested at least a week later than the fruit for his "Versante Nord" bottling, due to the slower ripening at this elevation. The sandy soils are rich in volcanic ash and stones. In traditional style, the vineyard is a mixed planting of various local white and reds. The reds include Nerello Mascalese, Nerello Cappuccio, Alicante and Garnacha; the whites include Minnella, Catarratto, Grecanico and Inzolia. The bunches are mainly destemmed with a variable percentage left whole; they are fermented spontaneously with indigenous yeasts in cement tanks without temperature control or sulfur. The maceration lasts about 15 days. The wine is aged for 16 months in concrete tanks and then bottled without fining or filtering and with a very small amount of sulfur.