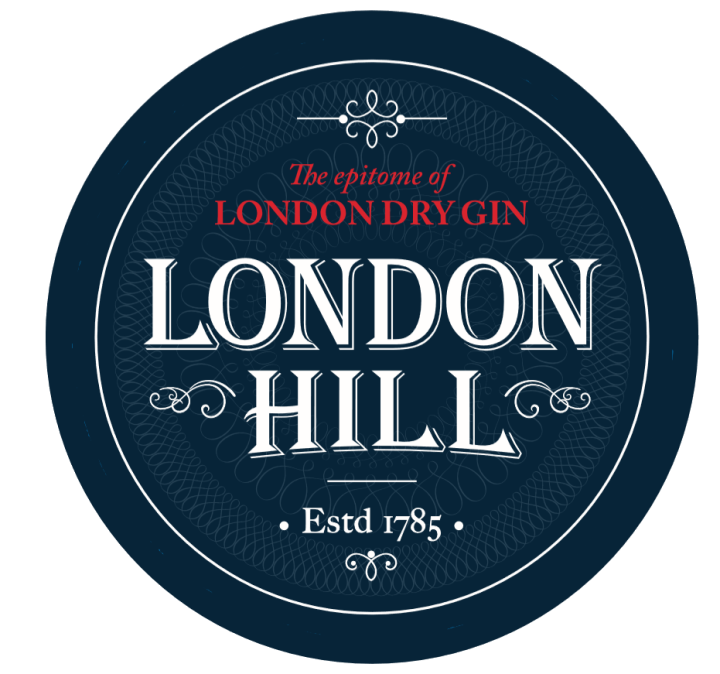 Made at one of England’s foremost gin distilleries – the Langley distillery which can trace its roots back to 1785 – London hill dry gin is produced using the traditional pot still method. 43% abv a crisp gin London Hill’s bias towards subtle citrus tones comes from ribbons of citrus peel including lemon and sweet orange. This along with the other carefully selected botanicals gives a spicy fruit edge and delivers an exceptionally smooth and refined gin. The botanicals which include juniper berries citrus peels and coriander seeds are first macerated with neutral grain alcohol to extract their individual flavours and characteristics. No artificial flavours oils or essences are used in the making of London hill dry gin. All the ingredients are natural and sourced from the four corners of the world.

The distillery is situated in the historic Crosswells Brewery Site which dates back to the early 1800s and was built over an ancient underground water source. Gin has been distilled at Langley Distillery since 1920, continuous improvements to the site along with our long history and heritage in gin making has resulted in a facility which produces globally award-winning gins of the finest quality.

Our stills at Langley Distillery are some of the oldest working copper gin stills in the UK, some of them dating back to the early 1800s.

The botanicals are carefully weighed out and added to the still, along with a charge of ethanol and water solution. The still lid is then shut and the steam jacket switched on to allow the gentle warming of the still. This warming process allows the botanicals to begin releasing their oils for distillation; this process of maceration continues over night.

The following morning, once the maceration has completed, we start heating the still again, this time to higher temperatures making the charge boil. The boiling process begins to turn the liquid into vapour which rises to the swan neck and water-cooled condenser, turning the vapour back into liquid. The distillation is separated out into three parts; heads, hearts and tails. It is only the heart section that we use in our gin-making process; this liquid holds the most subtle and refined of the aromas and flavours given off during the distillation. The concentrate produced is between 78%-82% ABV and cannot be used alone to make gin. We blend the concentrate with neutral alcohol, to create high strength gin that is reduced with water to bottling strength.