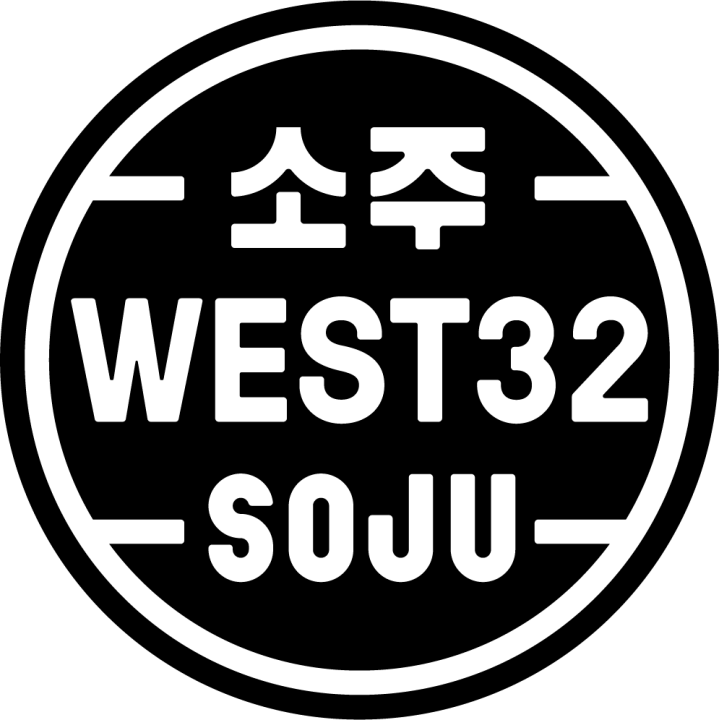 The origin of soju dates back to the 13th century Goryeo, when the Levantine distilling technique was introduced to the Korean Peninsula during the Mongol invasions of Korea from 1231–1259. The Yuan Mongols had acquired this technique of distilling arak from the Persians.

Soju referred to a distilled beverage with 35% ABV until 1965, when diluted soju with 30% ABV appeared with South Korean government’s prohibition of the traditional distillation of soju from rice, in order to alleviate rice shortages. Diluted soju has showed a trend towards lower alcohol content. The ABV of 30% fell to 25% by 1973, and 23% by 1998. Today Soju has an ABV range of 17-25%. Soju is the #1 selling distilled spirit in the world and is traditionally served by the bottle as a “table vodka,” consumed by sipping or shooting neat. While typically served in Korean restaurants, a growing number of people are seeing the benefits of adding low-ABV spirits into their beverage programs.

West 32 Soju was created by two college friends, Dan Lee and Max Fine, who were inspired by memorable dinners and nights out on West 32nd Street in New York City’s Koreatown. They saw an opportunity after learning that imported soju can be made from cheap ethanol and highly processed sweeteners . After countless trials, they achieved a refined recipe for an all-natural, gluten free Soju, with their take on the traditional Korean spirit that’s is true to heritage, but with a modern American craft influence.

Dan and Max officially launched West 32 Soju in January 2017 as the first all-natural, gluten-free soju in the US. West 32 Soju is distilled and bottled in upstate New York in Clifton Park. It is produced from distilled corn and freshwater from the Catskills, and a touch of natural cane sugar. It is triple filtered and bottled at 19.99 % ABV. In September of 2018, they introduced West 32 Reserve, the first and only U.S.-made barrel-aged soju. Both Original and Reserve have less than .5 carbs and less than .5 grams of sugar in 375ml bottle.

West 32 Soju won a Gold Medal at the 2017 New York International Spirits Competition and was Soju Producer of the Year at the 2017 and 2019 competitions.