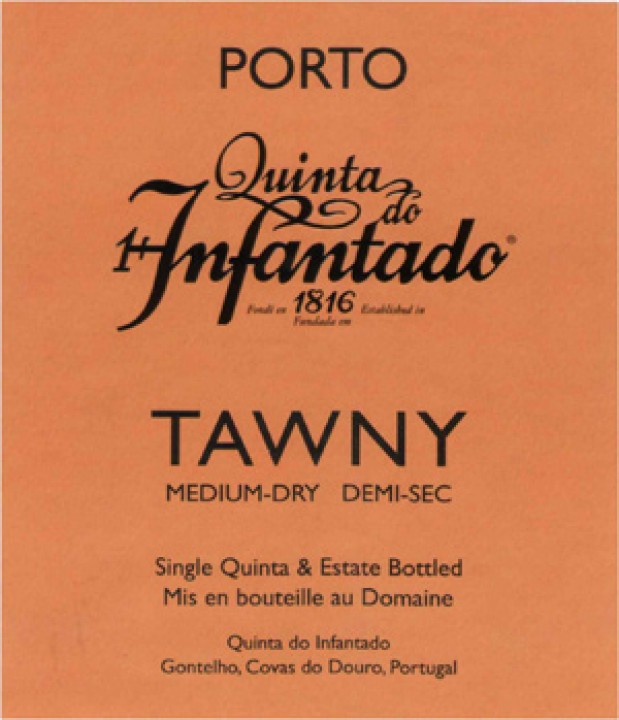 Touriga Franca/Touriga Nacional/Tinta Roriz/Tinta Barroca. From exclusively Class A parcels (Serra di Cima and Serra Douro) totaling 12 hectares on poor schist soils. The fruit is hand-harvested, partly destemmed and fermented in lagar and tank; fermentation is stopped with 77-degree grape brandy.  The wine is aged in very old pipas. A pipa or 'pipe" in English is the traditional 550-liter wooden cask used for aging, as well as measuring quantities of, port; it is ideal for tawnies, as oxidation is promoted by its horizontal orientation, smaller capacity and thinner staves (versus the thicker ones of the huge wooden tank called a tonel or balseiro used for ruby and vintage ports). Infantado tawny finishes at a modest 19.5% alcohol and 70 g/liter RS, considerably drier than most tawnies. The average age in bottle is 4-5 years. 20,000-25,000 numbered bottles produced annually.