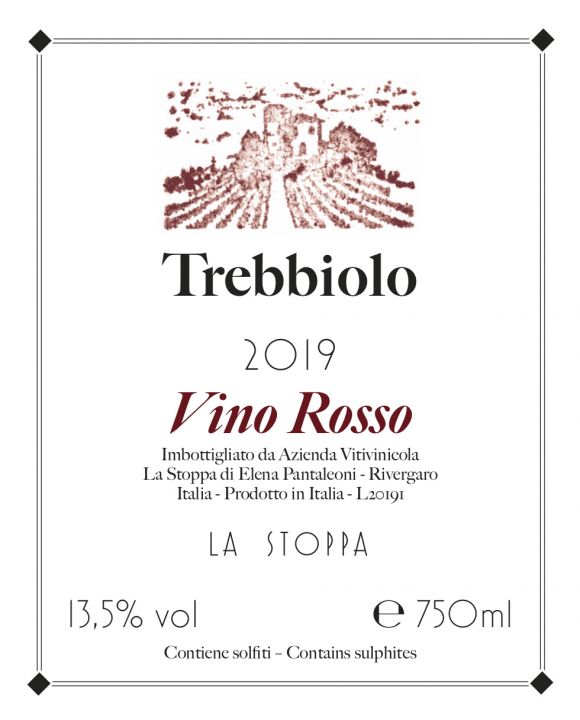 70% Barbera/30% Bonarda (aka Croatina, not Bonarda from in Argentina). Trebbiolo is generally made from the younger, more productive vines at La Stoppa. They lie down the hill on which the winery sits, below the older hilltop vines that produce La Stoppa's long-aged La Macchiona; the flatter area has heavier soils and produces bigger berries. The farming is certified-organic and the harvest by hand. The bunches are destemmed, gently crushed and fermented with native yeasts in stainless steel and concrete tanks; maceration with the skins lasts around 20 days. The wine is aged in tanks and released generally the summer after the vintage. This is the only La Stoppa wine to see a bit of sulfur and a light filtration at bottling. It is classified as a Vino Rosso rather than DOC Gutturnio Fermo. The name "Trebbiolo" derives from the nearby Trebbia river.