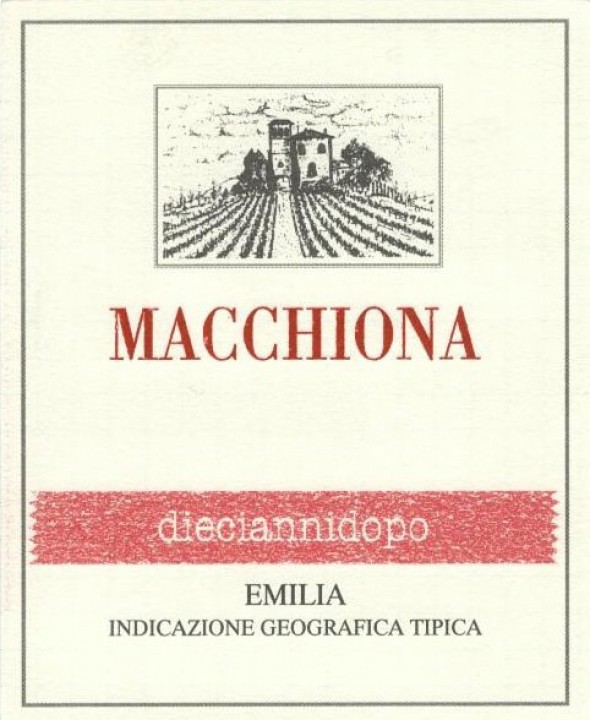 50% Barbera/50% Bonarda (aka Croatina). Named for an old farmhouse in the midst of the vineyard, Macchiona is La Stoppa's flagship red. It is made with the estate's oldest vines (up to about 65 years old), grown on silty clay soils and farmed organically, with no fertilizers and with wild plants flourishing between rows. The fruit is harvested by hand, then destemmed and crushed. The juice is fermented with native yeasts and without sulfur in concrete and stainless steel; maceration with the skins lasts 45 days. The wine is aged for about 3 years in 10-to-20-hectoliter Slavonian oak botti. It is bottled unfiltered and aged for at least 2 more years before release; vintages are often not released in sequence. From the 2010 vintage on, Macchiona is back in a more traditional Burgundy-shaped bottle, rather than the Bordeaux bottle which was utilized for a handful of years.

*Note: the 2002 has a slightly different label from other vintages of Macchiona. The "dieciannidopo" or "ten years later" is a nod to that vintage having been held back for 10 years before release.