When it comes to Washington State, most people think of rainy Seattle weather or the lush green mountains just west of there, but if you keep going you'll come to Washington's wine country in the high desert. In the arid rolling hills of the Columbia Valley and Walla Walla, the hot days and cool nights create the perfect conditions for ripe, concentrated wines that are balanced by firm tannins and good acidity. The first confirmed wine production in Washington began in the 1860's, introduced by the German and Italian immigrants who settled there. It wasn't until the late 1970's when Leonetti Cellar's Cabernet Sauvignon gained critical recognition. Since then, Washington's reputation has only grown for producing exemplary Bordeaux and Rhone varietals. Though not as opaquely associated with a single great wine (such as Pinot Noir in Oregon or Cabernet Sauvignon in California) Washington has shown that it is more than capable of producing a broad spectrum of world-class wines. 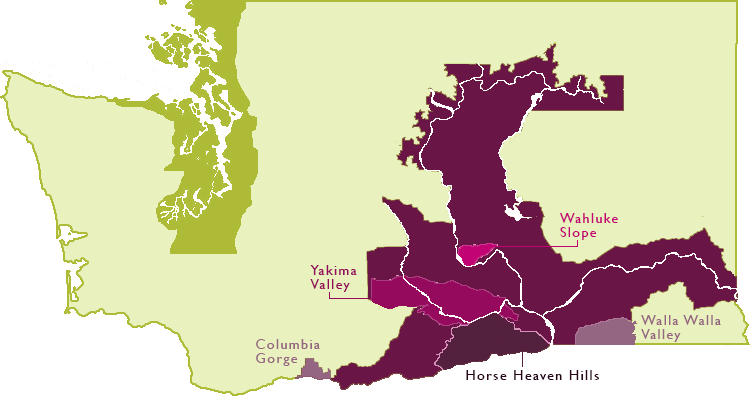