The qualitatively outstanding and highly distinctive wine region in north west italy whose principal city is Turin (see map under Italy). This sub-alpine part (its name means 'at the foot of the mountains') of the former kingdom of Savoy was the driving force behind Italian reunification in the 19th century and led the initial phases of Italy's industrial revolution. Its geographical position both isolated and protected it during the period of Habsburg, Bourbon, and papal domination which marked Italian life between 1550 and 1860, while its proximity, both geographical and cultural, to France (the kingdom's court and nobility were Francophone until well into the 19th century) gave it both an openness to the new ideas of the European enlightenment and relative prosperity—in stark contrast to the poverty of much of the rest of the peninsula. It is no surprise, therefore, that Piemonte's viticulture is the most stable and evolved in Italy and has made the greatest progress both in identifying the proper areas for growing its own individual vine varieties and in the proper techniques for fermenting and ageing them. In the late 1990s, total annual wine production averaged over 3 million hl/79 million gal, with 40 per cent at doc level until recently.

Nebbiolo is Piemonte's noblest grape and is, with the Sangiovese of Toscana, the grape responsible for most of Italy's greatest wines. Although there are 12 Nebbiolo-based DOCs or docgs, only the world-famous Barolo and Barbaresco supply significant amounts of wine. Gattinara, for example, which is the largest of the Nebbiolo DOCs outside the Langhe hills, encompasses a mere 102 ha/250 acres. Piemonte's workhorse grape, supplying the region's everyday red wines (and an increasing number of smart ones), is Barbera, grown virtually everywhere there are vineyards in the provinces of Alba, Asti, and Alessandria. Robust and warming, if at times rather rustic and sharply acidic, it has suffered in the past from overcropping and indifferent wine-making, but the 1980s and the 1990s saw significant improvement in quality. Luxury cuvées of Barbera, aged in new oak, now challenge the price levels of fine Barolo and Barbaresco. Dolcetto, Piemonte's fruity red wine for young drinking, also demonstrated major improvement in the 1980s as more careful vinification mitigated its inherent bitterness, and more careful ageing reduced the problems of reduction and off-odours.

White grapes, with the exception of the Moscato used extensively for various spumante and frizzante (most ntably asti), used to be a virtual afterthought in Piemonte, but the region's production of white wine rose from a mere 10 per cent of the regional total to 25 per cent during the 1980s. Part of this surge is due to the increasing popularity and commercial success of Asti and the emergence of moscato d'asti as a significant wine in its own right, but wines based on Cortese such as Gavi and those from the Colli Tortonesi and Alto Monferrato have also become increasingly popular. Native Piedmontese varieties such Asarneis and Favorita, mere curiosities in the early 1980s, were planted on 430 and 100 ha of vineyards respectively by the early 1990s. But perhaps the most surprising development of the 1980s was the arrival and rapid acceptance in Piemonte of Chardonnay. Younger wine producers also experimented with pinot noir, syrah, sauvignon blanc, and, especially cabernet sauvignon, but these other international varieties have yet to establish a real foothold here.

Vines are planted at altitudes which can vary from about 150 m to above 400 m (490–1,150 ft), with the best, south-facing sites typically devoted to Nebbiolo, while the coolest positions are planted with Dolcetto (or Moscato in the zones in which it is grown). Barbera is widely planted in between. Average summer temperatures and rainfall are very similar to those in Bordeaux.

In 1995, a systematic revision of the entire DOC system of Piemonte produced Italy's first overall regional DOC. The territory was divided into six broad zones: Piemonte, langhe, monferrato, Colline Novarese (the province of Novara), Coste della Sesia (the Colline Vercellesi), and Canavese (the carema and erbaluce di Caluso zones to the north of Turin). Each of the region's cultivated varieties can be used either for a smaller, more geographically restricted DOC or DOCG or declassified into a large, more general, and hence 'lower' DOC. The Nebbiolo of Barolo, for example, can become either a Barolo DOCG or Langhe Nebbiolo DOC; the Barbera cultivated in the province of Asti can be used either for the Barbera d'Asti, Monferrato Rosso, or Barbera Piemonte DOCs. 'Lower' appellations allow both higher yields and lower alcoholic strength. The new system, in theory, allows all of Piemonte's wine to achieve DOC status. While a laudable aim, many producers regret the lack of flexibility, and look in envy at how IGT is used in other parts of Italy. What has not been accomplished yet is the creation of recognized subzones orcrus in the more renowned and important DOCs such as Barolo, Barbaresco, Barbera d'Alba, Barbera d'Asti, and Moscato d'Asti—despite a long tradition of recognizably superior wines from certain areas within these DOCs.

Belfrage, N., From Barolo to Valpolicella; The Wines of Northern Italy (London, 1999). 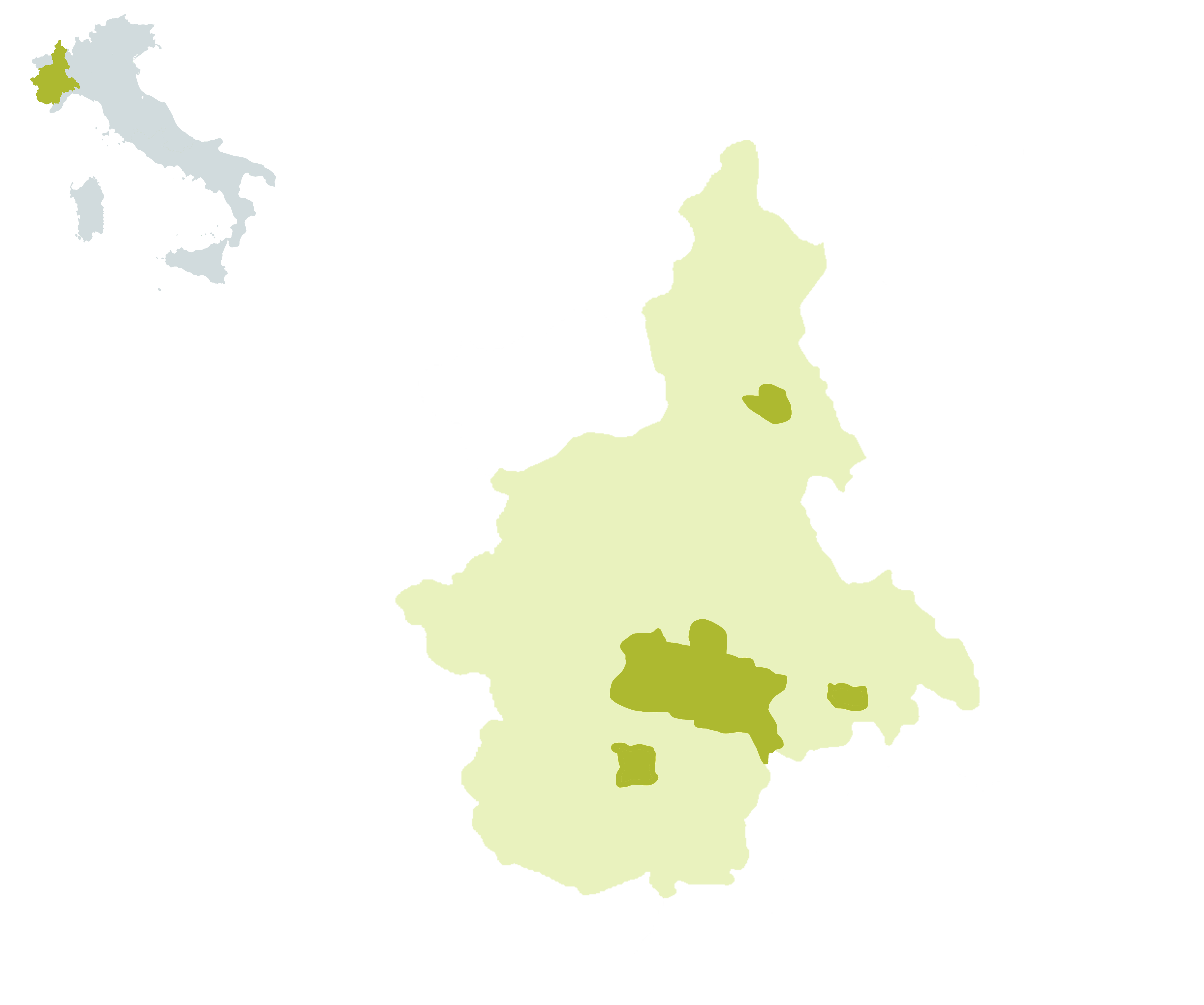