100% Aligoté. The de Moors have a 2.5-hectare parcel of mainly Aligoté down the road from Courgis in a village called Chitry-Le-Fort. They planted the parcel, named Champagne, starting in 1995 (it also includes some Chardonnay that goes into their Bourgogne Chitry bottling). The exposure is...
Organic
DB0964-19
De Moor – Bourgogne Aligoté "Plantation 1902"
from Burgundy, France

100% Aligoté. The de Moors rent and organically farm a small parcel of Aligoté (containing about 5% Chardonnay) planted in 1902 in Saint Bris. The fruit is harvested by hand, destemmed, gently pressed and fermented spontaneously with indigenous yeasts. The wine goes through malo and is aged on its...
Organic
DB0977-19
De Moor – Bourgogne Chitry
Chardonnay from Burgundy, France

100% Chardonnay. The de Moors have 1.2 hectares of Chardonnay in two contiguous parcels in Chitry-Le-Fort, down the road from their home village of Courgis. Like their next-door Aligoté parcel, this one they began planting in 1995; together these parcels form the origin and heart of the estate. The...
Organic
DB0968-19
De Moor – Chablis "L`Humeur du Temps"
Chardonnay from Burgundy, France

100% Chardonnay. The name tells the story: “the mood of the times (or weather)” indicates that it’s the de Moors’ way to capture the nature of the vintage as a whole. It comes from 3-4 estate parcels in and around Courgis that thede Moors planted beginning in 1995. The farming is certified-organic...
Organic
DB0965-19 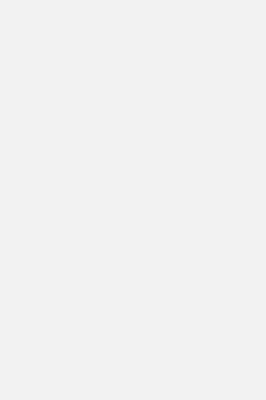 100% Chardonnay. In the 2017 vintage, the de Moors made their first foray into premier-cru Chablis, in this case by purchasing a 0.82-hectare parcel in the Mont du Milieu vineyard (its name derives from it being a hill at the border between Chablis and Champagne). The parcel is south-facing and...
Organic
DB5817-18

100% Chardonnay. In the 2017 vintage, the de Moors made their first foray into premier-cru Chablis, in this case by purchasing a 0.92-hectare parcel in the Vau de Vey vineyard (its name means "little valley" in local parlance). The parcel was planted in 1983 and is southeast-facing and steep. The...
Organic
DB5811-18
De Moor – VDF "Sans Bruit" (Sauvignon Blanc)
Sauvignon Blanc from Burgundy, France

80% Carignan/20% Aligoté.  Vendangeur Masqué or “masked harvester” is the label for De Moor wines made mainly from sourced fruit; the wines are made in the De Moor cellar in Courgis in the same manner as their estate wines. The exact make-up of the single de Moor/Vendangeur red changes from year to...
Organic
DB0966-19