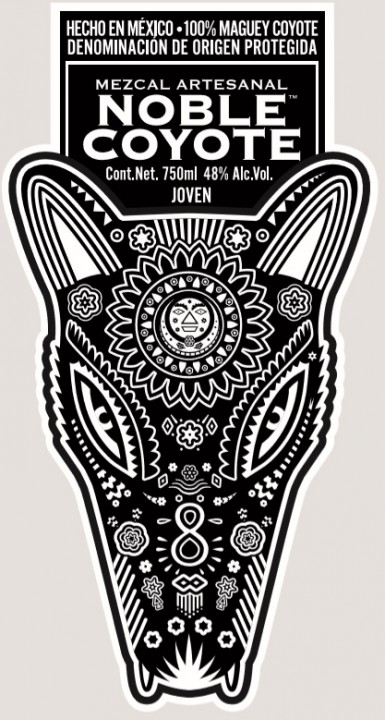 This unique mezcal is made with a variety (karwinskii latrans) that the people in the village of San Luis Amatlán call “Coyote”; it is endemic to the Amatlánes region of Oaxaca, where it is frequently used as a border plant along property boundaries. (As a result, this Coyote agave is considered to be a semi-cultivated plant.) However, in other parts of Oaxaca, this agave—or a close relative—is often called Madrecuixe or Madre Cuishe.

Just as the coyote animal can, according to legend, take several different forms, the agave we call “Coyote” also shares this characteristic.The flowers of this plant can pollinate and be pollinated by other types of agaves. In addition, the seeds of this plant can produce different varieties of agave.When the seeds germinate, it is not uncommon for the resulting plants to be hybrids of agave Tobalá, Espadín and Tepextate. For this reason, the people of San Luis Amatlán named this enigmatic plant after the mythological coyote.

White pepper, marzipan, vanilla, wood and spice on the nose.Wood and spice notes continue, with leafy and wet stone notes on the palate, leading into a spicy, peppery, minerally finish.