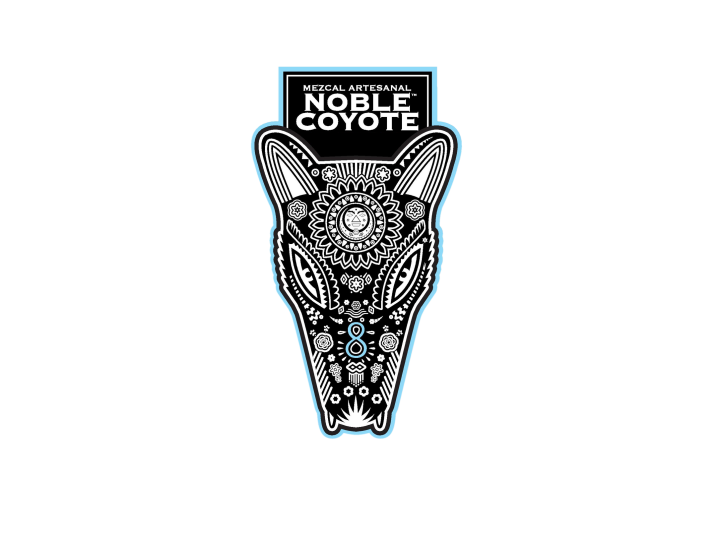 Launched in 2013, this new project was inspired by the spirituality of the people who have made mezcal here since before the Pre-Columbian era. Bernardo Sada, the founder of the project, was born in Oaxaca city in 1986. An evolutionary biologist by profession, he has worked in several sustainability projects, as well as projects regarding Mexican ancestral botany and pre-Hispanic cultures. It was this work that led him into the world of mezcal production, together with Eleazar Brena, an agronomist and professor at the University of Mihuatlan in Oaxaca, where he teaches agave reforestation and ecology, and his father Don Marcos Brena, the fifth generation of his family to make mezcal. Currently 83, Don Marcos learned to cook, ferment and distill mezcal at the age of 12. He lived through the mezcal prohibition era, when he and other maestros had to make mezcal in hiding.  Today, he is a shepherd, and it is on his daily 10-kilometer walk with his goats that he spots agave growing in the wilderness (agave silvestre) from which they harvest both seeds and piñas. Their company motto., “The agave is my shepherd,” is inspired by Don Marco’s life.

The mezcals are made in San Luis Amatlán in Oaxaca (the cradle of mezcal) by maestros mezcaleros who practice the secret techniques passed down to them by their forefathers. The line is based on four varieties of agave—Espadín, Tobalá, Coyote de Amatlán (also known as Madrecuixe or Madre-Cuishe) and Jabalí—specifically selected for their sustainability, a driving force behind the project. In fact, the desire to apply their scientific training to the sustainability of the production of mezcal is the primary reason Bernardo and Eleazar founded Noble Coyote.
The arid and semi-arid Amatlánes region of Oaxaca presents a favorable climate for cultivating agave, especially wild agave. They started with the cultivation of Espadín, and then began to experiment with the reforestation of wild species as a way to improve biodiversity and maintain the health of the local ecosystem. They are now pioneering the cultivation of Tobalá and Coyote as semi-wild agaves and continue to experiment with the cultivation of other wild agaves including Tepeztate.  At this time, they do not believe that it is responsible to make mezcal from Tepeztate which can take up to 35 years to reach maturity.

Bernardo and Eleazar frequently go out on expeditions to collect agave seeds. In their greenhouses, they germinate the seeds and care for the plants for the first two years of their lives—when they are most vulnerable—and then re-plant them in the wild. This project has been under way for more than seven years and has been very successful; others have joined the project, the ecosystem is recovering, and there is now greater agave biodiversity in the Amatlánes. This is a vast improvement over the cultivation of rows and rows of one species of agave because the latter adversely affects the communities of bees and the colonies of bats that are needed to pollinize different kinds of plants. They believe that sustainability isn’t solely about growing enough agave for their own needs., but is iInstead about re-populating the wilds, helping the ecosystem and improving biodiversity for the benefit of all.

Their commitment extends to the authenticity of their exquisite mezcals. Each bottle of Mezcal Noble Coyote identifies the maestro mezcalero that distilled it, the village in which it was made, the type of agave used identified by both its scientific name and the common name used in the place where the plants were grown, and the lot and bottle number of the particular batch. The mezcals are not aged; they believe that the mezcals “age in the plant” as the agaves live out their 8-12+ years of life soaking up the sun, air, water and earth in Oaxaca. It is the special terroir of San Luis Amatlán and San Agustín Etla that gives these mezcals their flavor. We are excited to welcome these mezcals to our portfolio.