Though it would take generations for California to become known as a fine wine region, the first recorded vines were planted in 1683 by Spanish Jesuits. These mission grapes dominated California’s production for almost 200 years. In the early 1800’s, growers began importing and planting vines from European cuttings. In 1948 the California Gold Rush began and brought a massive influx of population to the area. Demand for wine soared and in 1857 the first commercial winery, Buena Vista, was built. In the late 1800’s wineries began to appear and by 1900 California had a solidly established wine industry. In 1920 prohibition began and over the next 13 years it decimated American wine production. Following its repeal, the market was flooded with low quality wine trying to capitalize on the initial demand, further setting back California’s reputation. Only the sweet and fortified wines sold with any regularity. In 1938, André Tchelistcheff began working at Beaulieu Vineyards and he is generally credited with resurrecting California’s fine wine culture. Introducing practices such barrel aging, cold fermentation, and frost prevention in the vineyards, he was able to make wine beyond the quality of anything else being produced at the time. Soon, other seminal figures arose such as Paul Masson and Martin Ray, followed by waves of now legendary names arriving in the 1950’s and 1960’s: Philip Togni, Robert Mondavi, Robert Travers, Paul Draper, Richard Graff, and Joe Heitz, among others. In 1976 the famous Judgement of Paris event was held, putting California wines against their French counterparts. California took the number one spot for both categories (red & white) and showed strongly throughout the final results. It proved that California wines were capable of competing on an international scale, and thus thrust California wines into the public mind and onto the world stage. Since then California has flourished as one of the most diverse and complex winegrowing regions in the world. Mostly devoid of the structure that defines many European regions, there has been a sense of exploration, especially in recent years. Though still best known for Cabernet Sauvignon, Chardonnay, and Pinot Noir, grapes as obscure as Charbono, Albariño, Trousseau, and Counoise have been embraced by the next generation of winemakers and this sense of discovery heralds an exciting future for California wine. 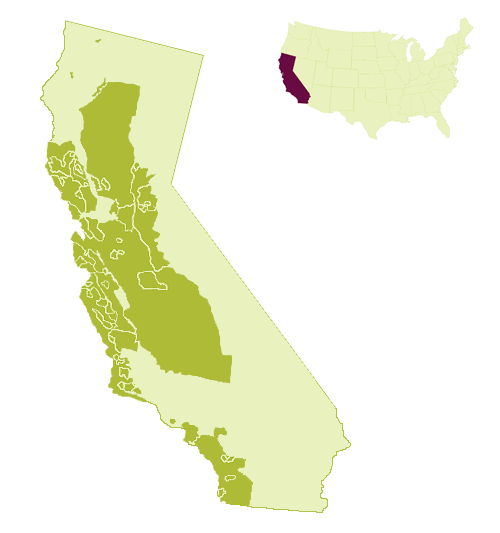